Upside down cake – cake on the bottom; pineapples on top.   Finished off with a flourish of shiny red Maraschino cherries.

Roller coasters:  straight up, straight down, loop, loop. Upside down.

And that’s what Jesus is preparing us for when he proclaims that the first will be last and the last first.  He’s telling us that he came not to strengthen and uphold the world order as it was but to turn it upside down. And he is calling us to help with that now.  To work with him in that cosmic endeavor in these times. Turning the world order – and its rigid hierarches, economic injustice, oppressive organizations, systems and institutions upside down. So that we can all live free; with hope; with safety; with love. Turn it upside down so that the meek inherit the earth. So that with Mary we sing that God has indeed scattered the proud in the thoughts of their hearts; God has brought down the powerful from their thrones; and God has lifted up the lowly.  So that the first are last and the last first.

Sometimes, when we feel God calling us to upend abusive systems and institutions, we may very well respond with feelings of inadequacy, of fear.  We resist picking up the whistle and blowing it.  We don’t want to take hold of the boat and rock it; we don’t want to shake the ocean and make waves within it.  Sometimes we are reluctant to change a system from which we profit but keeps others under its thumb. But what might happen if we take up the whistle, grab the boat, seize the ocean?  What if we were to look in our own lives and in our own world and identify systems, organizations, institutions, families, churches, committees, work places, schools, that oppress and thwart rather than give freedom and room to grow?  And what if we acted with Jesus in troubling those waters? 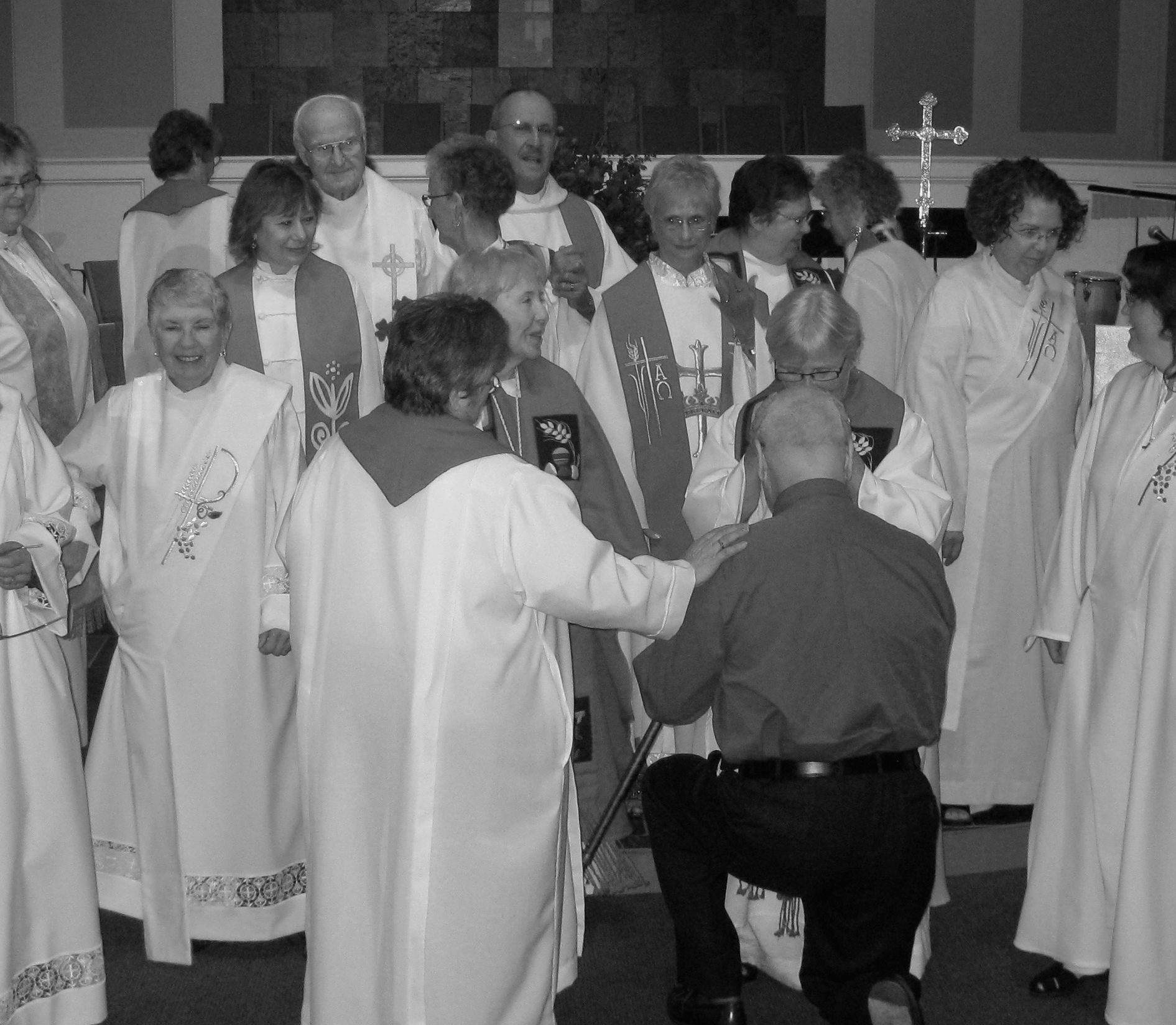 New York Times columnist Maureen Dowd recently wrote about a Roman Catholic priest in San Francisco, Father Jack McClure, who has been sanctioned for appearing at a conference on women’s ordination in Philadelphia. Dowd cites the National Catholic Reporter in saying that McClure got a message from his archbishop in San Francisco that he can longer celebrate mass, starting this month. “I feel the pain of being silenced,” the priest told the Reporter, “and in this silencing, I am beginning to feel the deep pain women feel all over the church.”

And it will indeed be a marvelous world to behold.

Image of Pineapple Upside-down cake is an edited version of photograph by Kimberly Vardeman, licensed under Creative Commons.

2 thoughts on “Upside down cake”